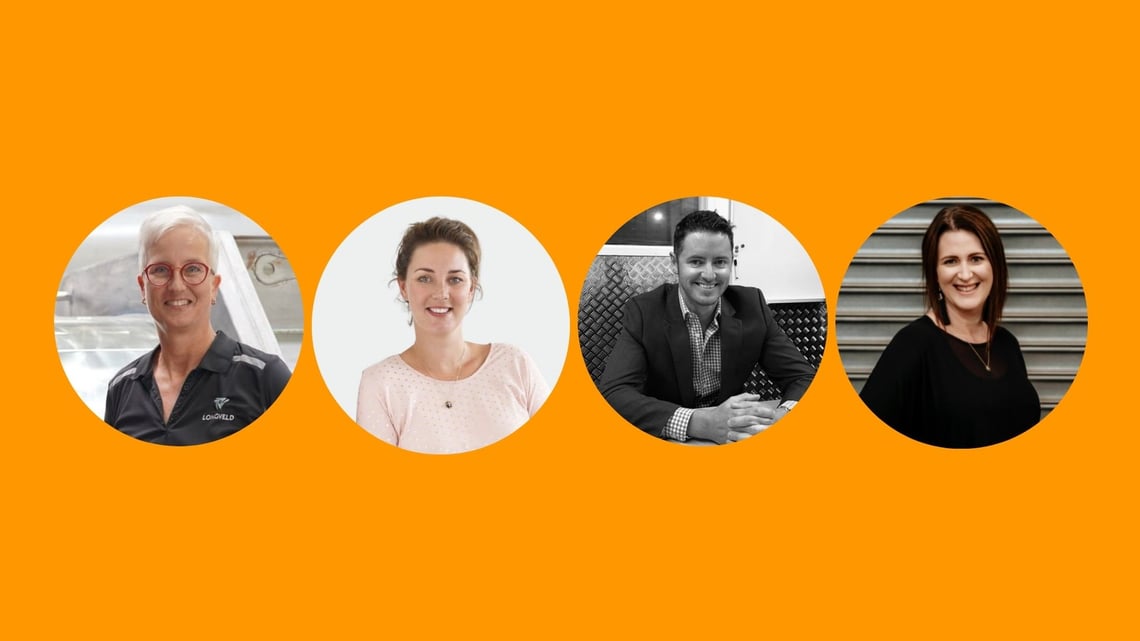 New Zealand manufacturing contributed to 10% of real GDP in 2019 ($23 billion) and employs around 242,000 people. NZ manufacturers contribute as much to the economy percentage wise as manufacturing in the USA and nearly double that of Australian manufacturing.

Pam Roa: I’ve been in the MD role seven years now. Not long after I became MD I did The Icehouse Owner Manager Programme – shout out to OMP33! Most of the content wasn’t new to me but it was really helpful to take a breather every month, get a feel for how much owner managers in different industries have in common, build my confidence in my role, and check in that I was implementing well.

I had been at Les’s (my husband's) shoulder for years but once I got in the hot seat it was a completely different experience. I’ll never forget how it felt to face the degree of decision-making that came at me from day one and OMP helped me cope with that.

Since then The Icehouse has given me a tribe to belong to and check in with every now and then which I enjoy. Owner managers are a different breed to executive leaders. We know what it feels like to wake up at 3am every morning because we have everything on the line.

Trudi Duncan: When you're aiming for best practice, you have nothing to compare it to, and the Owner Manager Programme asks that and challenges you. How do you know if you’re actually doing well?

You also learn a lot from being part of a peer group who are going through similar challenges. There have been some great activities, and I've tried out some of those activities with my own team with great buy-in.

We recently completed our leadership profiles and 360 degree feedback. It was really interesting because the areas of weakness determined by the rest of the group through the feedback are definitely things which I recognise in my daily working life – around decision-making and delegation, for example. A symptom of wanting to be all over the business is that you think you can paralyse action by not making decisions quickly enough as you want to be part of all those decisions.

OMP 53 has already shown me that there were things that I was getting frustrated with but couldn’t recognise that I was actually in control of them. My thinking was that they were things being done to me or happening to me.

As soon as I saw those comments on paper from in my 360 degree feedback from my team at work I thought, ‘Oh, my goodness, I am causing those things’ or ‘I'm the one holding those things back’. Learning I could give away some control at the same time as being confident the right decisions were being made was a massive lightbulb moment. It wasn’t a new concept, intelligently I knew I should do this, but I didn’t realise that I wasn’t! 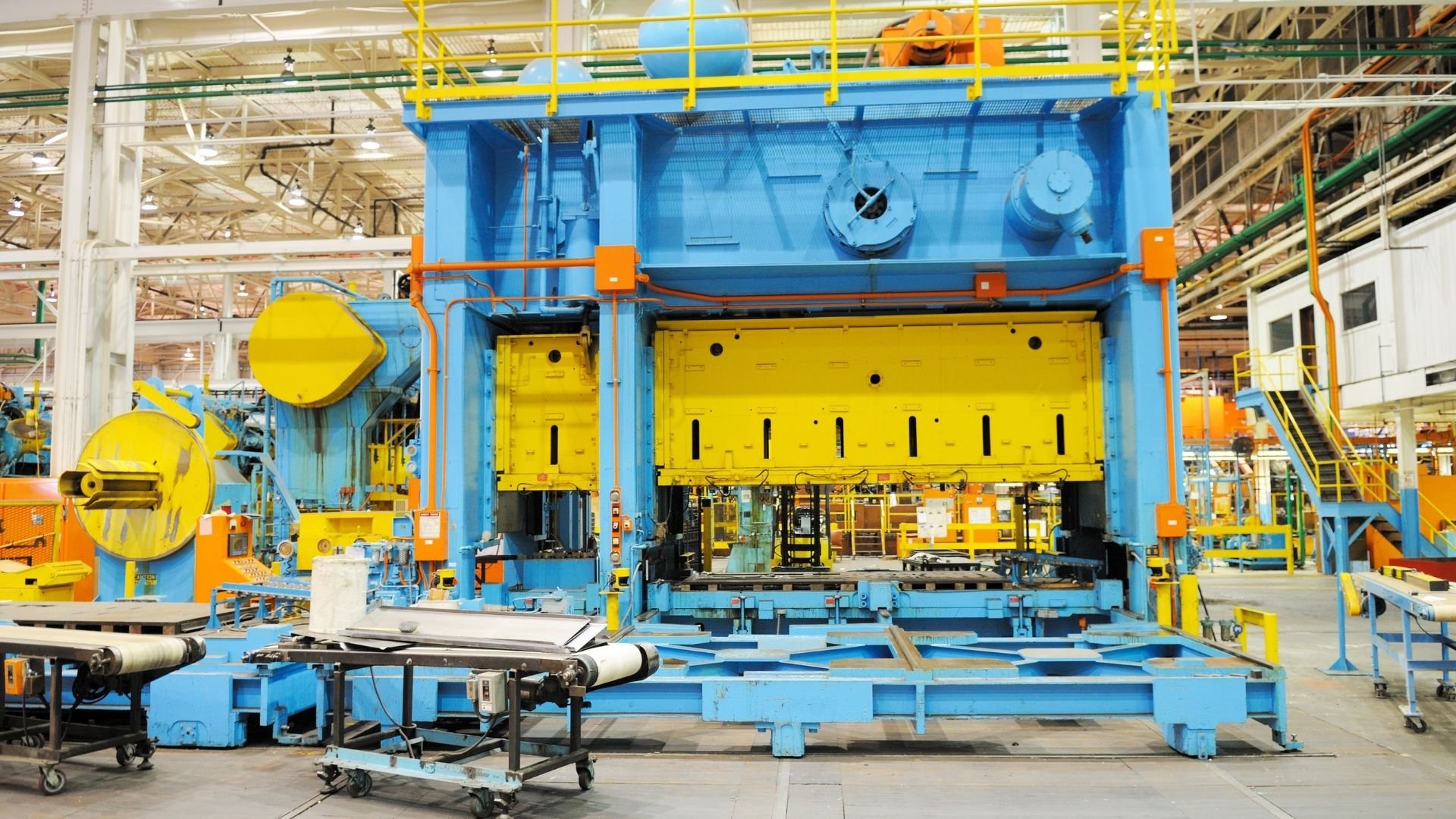 Vaughn Clark: It’s a lonely place as an owner of a business and to see other people going through what I was going through was incredible. Most of my cohort were a similar age to me and had businesses that were more successful than mine and I took out of that that it's possible to do it, so get on with it.

All the facilitators were amazing, particularly Chris Woods. She identified my difficulties learning in a seated classroom environment. I struggled at school – learning wasn't my thing and she taught in a way that made sense, and I still use the techniques I've learned from OMP even now.

OMP is an evolving process and it gives you the tools to handle different things that are thrown at you, as well as putting you in front of the people you need to talk to, to overcome different challenges. For example, I got some extra financial advice in 2014 thanks to doing OMP.

The challenges of 2014 are not the same as 2021, but what I learned then is still really relevant today. The company is a different animal though, so I did OMX – the Owner Manager Exchange in Queenstown, as a bit of a refresher.

I have grown with my group and will still be talking to them in 10 years’ time. We were planning the next catch up the day before the latest lockdown and I phoned a few of them to see how they were doing. I’ve got very, very good friends off the programmes, who I can ring and ask them anything, and they will give me their honest, experienced answer every time.

You're able to share something that is valuable with other people in the room around the areas you’re rocking, and vice versa.

The OMP shines a spotlight on all areas of your business, and I really needed to focus on the importance of knowing your numbers. As an owner and manager you wear hats across the full spectrum of running a business. When I was at Toyota, I didn't have to do operations, finance or any of the other stuff, but owners have to be over everything.

So I’d look at a P&L every month and that was that. Following the OMP, I was able to use my new knowledge to identify some really significant gaps in our financial processes that had contributed to some really poor decisions in the past that were hurting the business. I changed our accountants as a result. I wouldn’t have had the understandings that I have now to make that decision if it wasn’t for the OMP.

Another significant revelation was the importance of networking. During the graduation event I had a conversation with Gavin Lennox (Icehouse Group CEO) who said, ‘I'll introduce you to such and such.’ I was quite taken aback and thought, ‘You can’t do that! I can’t take advantage of you knowing that person.’ He looked at me as if I was mad and replied, ‘But that's what this is all about!’ Those moments can change a business forever.

Click on the link for more Kiwi Business Stories.