Welcome to the second part of our 20-Year Anniversary Publication serialisation. Each week, we’ll be publishing a new chapter telling the stories of the people and places that have contributed to our history. You can view part one here.

The Textile Centre: Cut by hand

A note in a heritage assessment report on the Textile Centre that has housed The Icehouse for the past two decades highlights the jarrah wood post and beam structure that can be seen in almost all areas of the building’s interior. The beams and columns came from overseas, used as ship ballast before being dropped in St George’s Bay and traded, to be used as building materials for the four-storey building that now occupies 117-125 Saint Georges Bay Road. 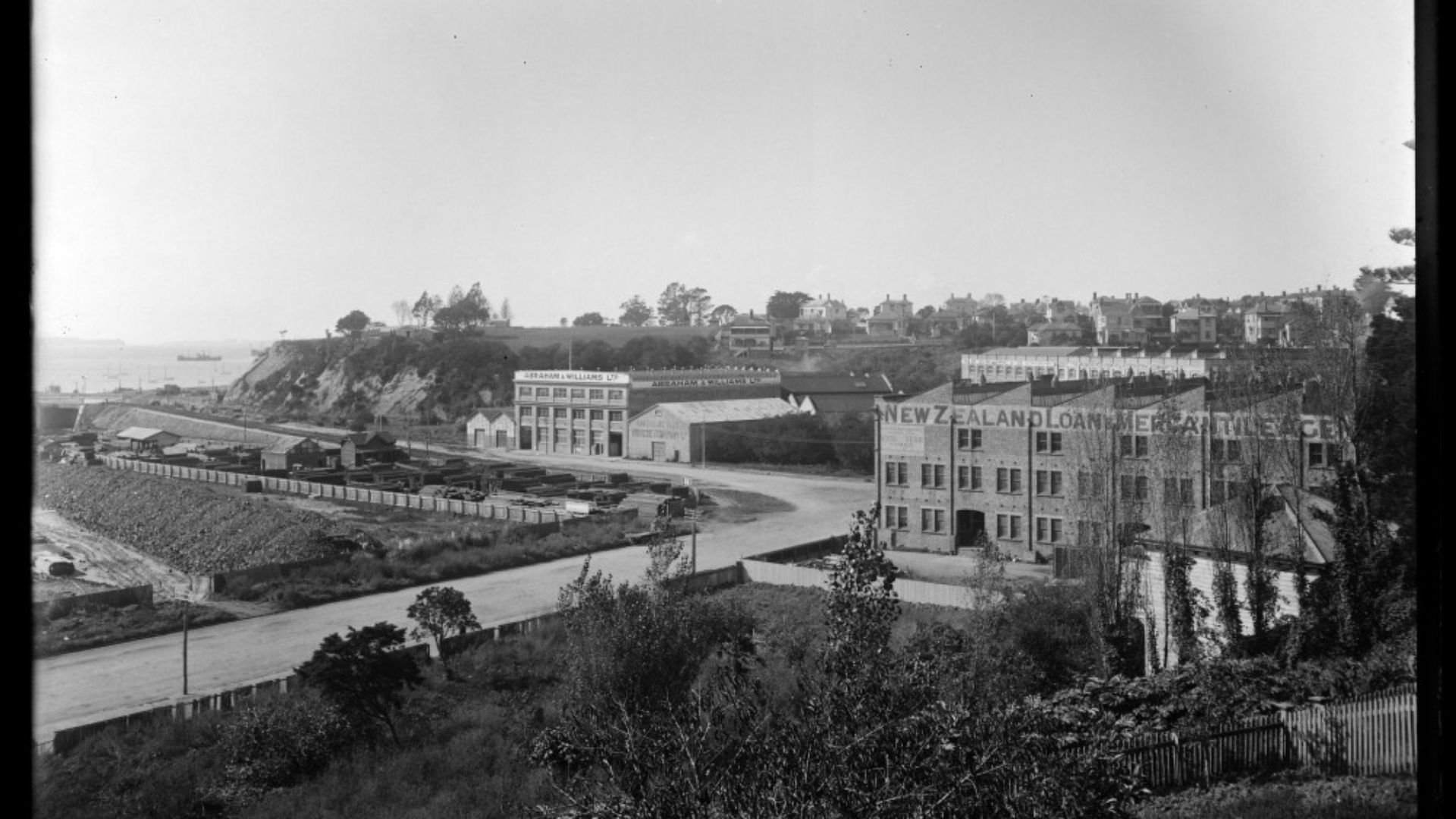 Jarrah wood, durable, resistant to decay and resilient against insect attack, its high density the reason it still stands after almost 100 years, but also the reason it’s difficult to machine and why, on the exposed columns and beams of the Textile Centre structure you can still see the irregular marks left on the wood... where they have been cut by hand.

The past matters. It was cut by hand. The signs of the handiwork of the artisans who carved our stories can still be seen like irregular notches in the beams and columns that form the structures of who we are now.

It’s no accident of history that the Textile Centre, once a wool store trading in hides and skins, was built in the heart of a trading centre that became the country’s first European suburban and industrial development. A place where mechanics and tradesmen congregated, to work and do business, to generate wealth and security, to grind the gears of a fledgling economy.

It’s also no accident that the land was among 3000 acres gifted by Ngāti Whātua Ōrakei to Captain Hobson in 1840, the year of the signing of Te Tiriti o Waitangi, for the purpose of establishing the new capital of New Zealand. Or even that the land had been fought over well before it became a centre for commerce and trade, and before the bay was reclaimed for industry, a railway and the port.

That same land would host the fledgling trading relationship between Māori and Pākeha and model its potential. This enterprise was no by-product of the settlement’s early commercial activity — it was a vital factor of early Auckland’s survival.

So fundamental was it to the life of the settlement in the days before a true marketplace was established in the 1870s, a reserve was set aside on the foreshore of Mechanics Bay just down from where The Icehouse now operates, so that a hostel could be built for visiting Māori traders. It was a functioning, mutually beneficial outworking of the treaty that is too rarely remembered, but which shaped the district and marked the uniqueness of that moment in history. 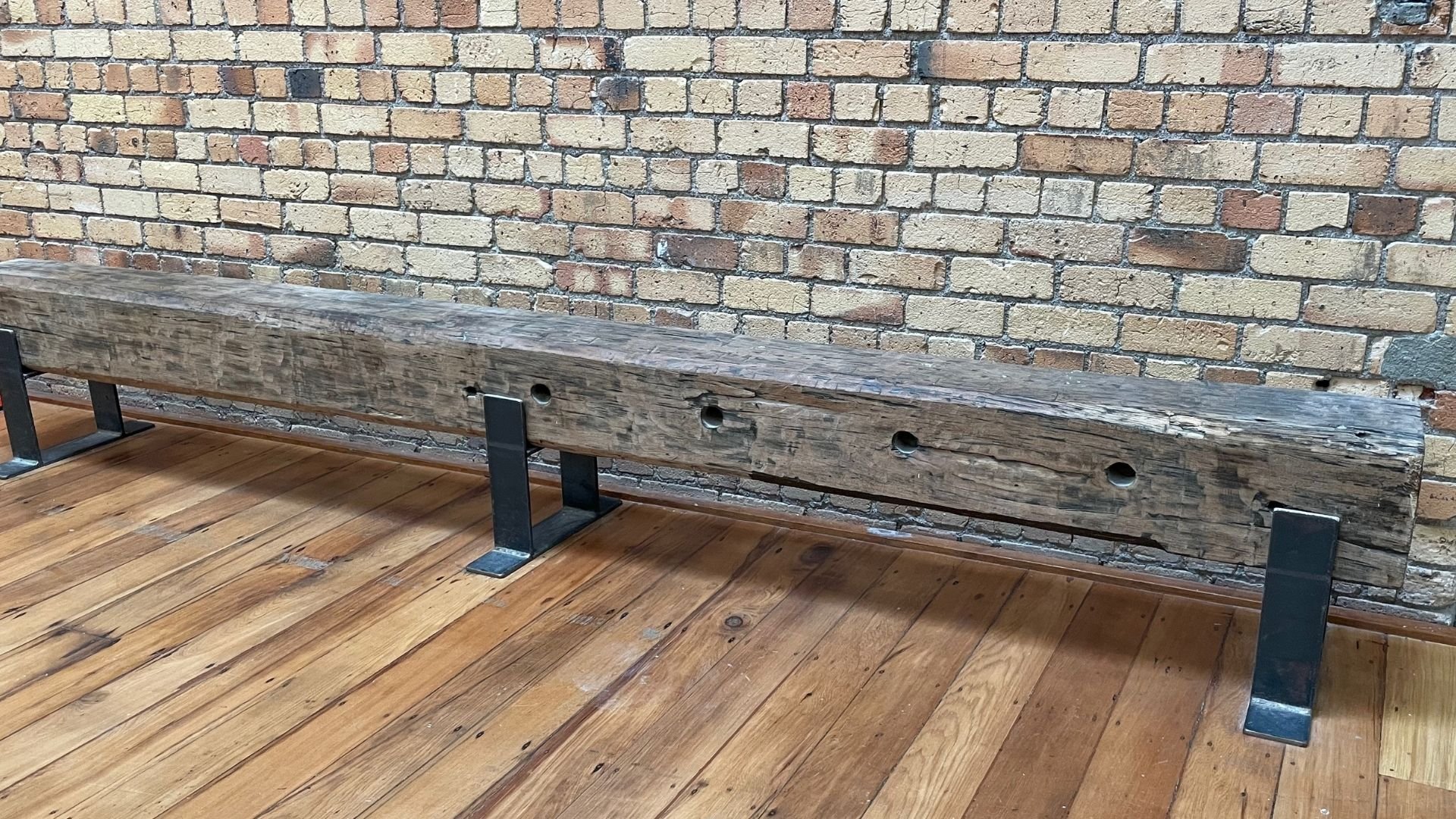 Jarrah wood used as ship ballast before being used as building materials.

That history was cut by hand. The irregular marks of its very human handiwork are there for all to see.

Stories matter. Place matters. Our ancestry matters. Te ao Māori reminds us that in the interconnectedness of all things, the living is influence by the non-living, and the now is shaped by what has gone before.

So it is with The Icehouse, homed in a building that has trade and artisanship and commerce and innovation carved into its very structure. The history of The Icehouse is cut by hand, from early discussions about a startup ecosystem by academics in the halls of the University of Auckland, to the Knowledge Wave Conference from which The Icehouse was a distinctly tangible outcome.

That health is not measured by productivity alone, but also by the wellbeing of the community and a more sustainable use of our resources. All of which was imagined way back at the beginning, more than 20 years ago, as the conversations that would birth The Icehouse gathered steam.

The story of The Icehouse, like the building in which it operates and for which its people and partners have such affinity, was cut by hand, fashioned from material that is durable, resistant, and resilient, bearing the marks of that handiwork for all to see, now and into the future.

Next Week: Catching the Knowledge Wave